DIDSBURY’S Mixed Pairs team pulled off a great win by taking the Mersey Bowl, staged excellently at sunny Chorlton Golf Club, by one of the biggest winning margins in the tournament’s long history

There were well over 100 players in the field from Chorlton, Didsbury, Nothenden, Sale and Withington in a full day of golf with Sale defending the trophy they won last year at Withington.

Didsbury were given a flying start as mother and son combo Jeannie and Fraser O’Neill who posted 40 points which stayed high on the leader board for the rest of the day.

Didsbury and Sale continued to dominate the scoring with little between them before Didsbury staged an unstoppable finish led by Steve Bluck and Adele McNeillie with 41 which won the top score of the day on a cpo with Adele in unstoppable form.

Then came Kate and Sandy Jones 39, Ian Swindells and Louise Biddlecombe 38 and Captain Billy Wells and Lady Captain Pat Coulburn 37 to rack up a winning score of 195 points, nine more than Sale.

Chorlton and Northenden were level on 179 with Northenden’s top pair being Captain Mark Radford and Lady Captain Kate Turpie 37 with Withingon on 176 with their top score of 37 coming from Clive Allen and Lynn Ingham.

Another highlight on the day was an ace on the 137-yeard par three from Withington 23 handicapper Phil Mulrooney.

He struck a sweet seven-iron into the cup for his first-ever hole-in-one  to provide all players with the usual supply of amber nectar on the 19th.

Chorlton Captain Mike Lynch gave a wrm welcome speech before awarding the prizes and trophies to the winners on the great day of Mersey golf. 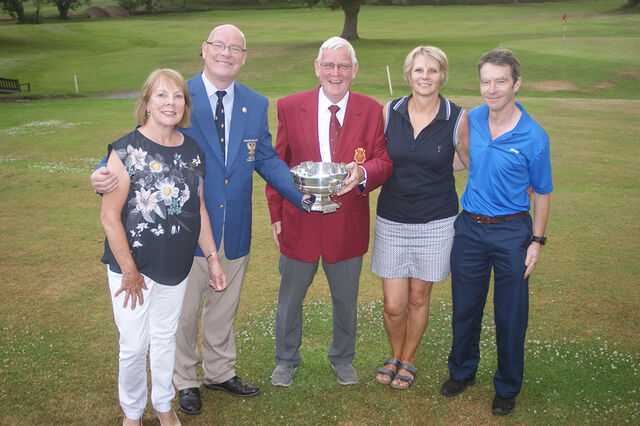 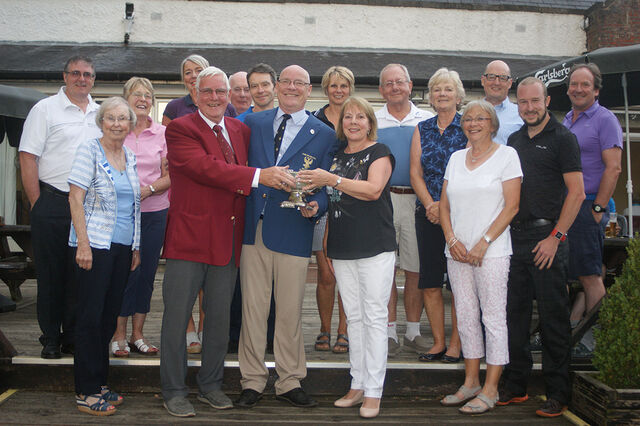